History The City of Tarpon Springs is located on the Anclote River less than a mile from the Gulf of Mexico. Its name was inspired by a fish, the tarpon, which was abundant in the waters around the city during the late nineteenth century. Although the details of the naming are uncertain, several accounts attribute it to early settlers who arrived in the 1870s.

Tarpon Springs is the largest city in Pinellas County and full of history with sites like the Spring Bayou and the Sponge Docks. Having attained incorporation as a city in 1887, Tarpon Springs was initially a vacation resort on the coast of the Gulf of Mexico for the aristocrats. However, the discovery of sponge beds along the Gulf of Mexico and the Anclote River changed its destiny and by the close of the 19th century, Tarpon Springs was on its way to being deemed the sponge capital of the world. With the sponge trade in the Aegean getting saturated, Greek divers from the Greek Dodecanese Islands arrived in America and Tarpon Springs happened to be the area they chose to settle in. Today the Sponge Exchange has been transformed into a shopping mall and the region abounds with Mediterranean flavor in Greek restaurants, a saltwater aquarium, a sponge museum, and fishing excursions.

Tarpon Springs is a melting pot of cultures. The downtown area boasts of unique streetlights and antique shops, art galleries, wineries, and curio stores. You can walk or ride the Trolley and check out Craig Park with its stately homes, the Unitarian Universalist Church with its religious paintings, Safford House representative of old Florida architecture, St. Michael’s Shrine, and the Leepa-Rattner Museum of Art. You can undertake hiking in the trails at Anderson Park or enjoy the beaches hugging the G

ulf of Mexico. You can skate, bike, walk or run down the 34 miles long Fred E Marquis Pinellas Trail. The region, with a series of bayous feeding into the Gulf of Mexico, first attracted attention as a place for winter homes about 1876. Some of the newly arrived visitors spotted tarpons jumping out of the waters and so named the location Tarpon Springs. The first Greek immigrants arrived at this city during the 1880s, when they were hired to work as divers in the growing sponge harvesting industry

Other Inspections we Offer in Tarpon Springs

A Thermal scan also referred to as an Infrared scan,  detect very small differences in temperature and is important in detecting

moisture, insulation levels, and even insect and some structural issues.  Without the use of this technology,  defects can easily  go undetected

By even the most experienced inspectors.   Take advantage of this FREE offer today!!  It can’t last long! 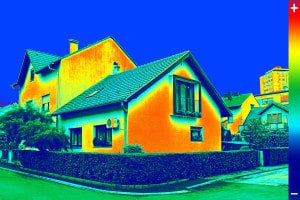 Hello,  this is Shawn

If you have any questions

Or you can text me.

I can provide an instant quote

and answer all your questions.